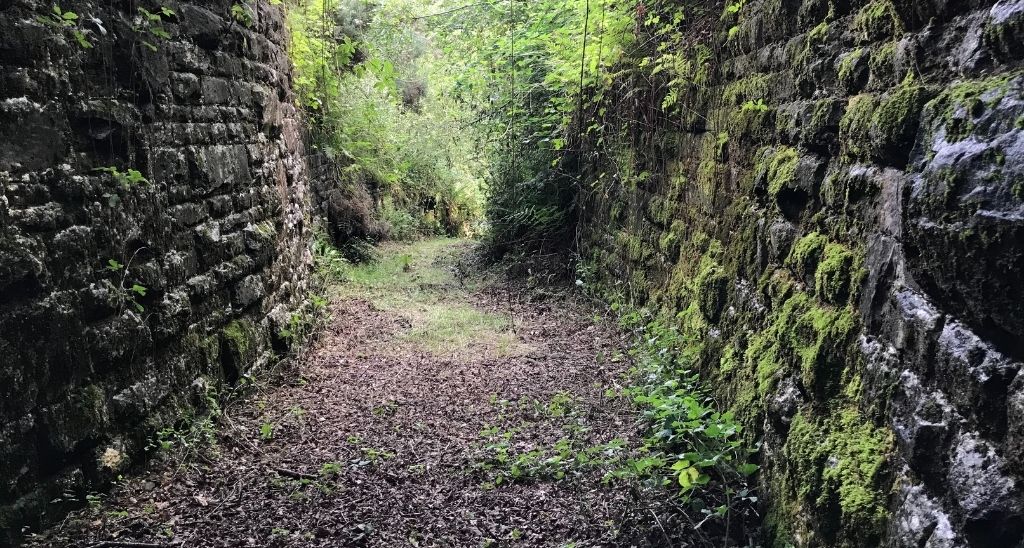 When did you last think about what you were standing on?

Apart from that occasion when you stood in a puddle by accident. Or you were suddenly aware that those steps might not be as secure as you thought.

Yesterday, I walked around the valley with a heightened awareness of what lay beneath my feet.

In some places, this meant walking on paths that we had created in the last decade.

Elsewhere, it involved walking through the old overflow tunnel that was buried underground when we came here in 2006 – a forgotten relic of the astonishing vision that had inspired the Victorian reservoir.

All the time, I was aware that deep beneath the sandstone were mine workings. These were long abandoned but had left their mark on the landscape and the culture of the area.

What we stand on – physically and metaphorically – has tales to tell that weave into our identity if we are prepared to look.

This is the ground I stand on, though I sense there is much more to know.