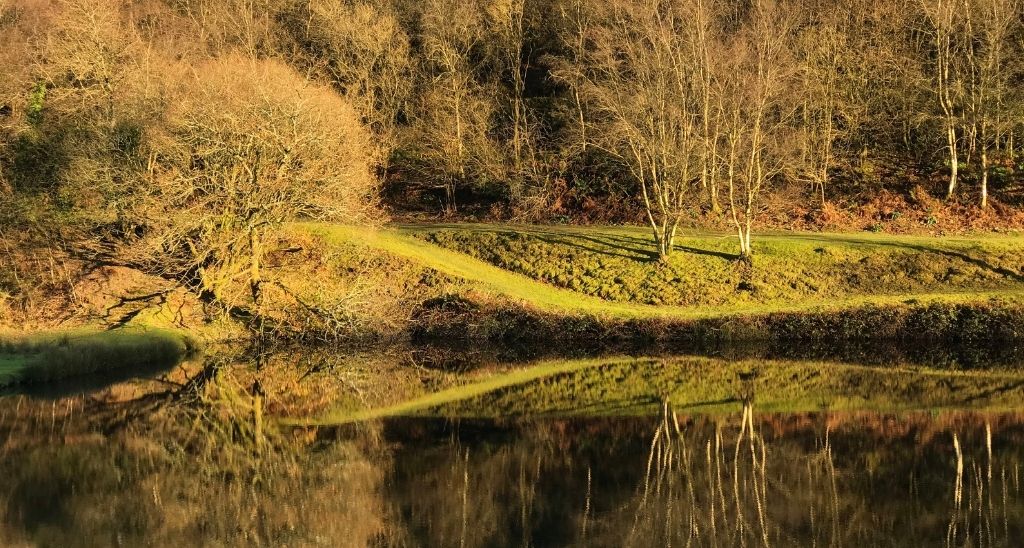 Are you conscious of the passage of time?

Sometimes it feels like a rapidly running engine, with the accelerator stuck to the floor.

Nothing you can do will stop the motion. It’s relentless.

At other times it’s more like a meandering river, just there in the background. Rippling past, but without urgency.

All the time in the world, this is breathing time, but it is not forever.

And then there are the seasons. This is time on a large scale, intentionally picking its way through the year.

Each season brings its own character and delight, and they are not complete without each other.

Spring makes no sense without autumn. And summer all year round would be lifeless.

Yet in this strange time we’re in, I’m conscious of the passage of time, but I cannot ascribe meaning to it in the same way as I used to.

What is a good day, or a good week? What season are we preparing for?

Instead of trying to measure or control things over which we have no leverage, I sense this is an opportunity to learn to inhabit the present.

And yesterday doesn’t have to be the excuse for today.

Toward the end of Little Gidding, the last of the Four Quartets, TS Eliot picks up a refrain from Julian of Norwich:

This has a sense of presence in the moment. Not asking questions of either past or future, but releasing ourselves to the timelessness of now.

What comes to mind is the symbol for infinity–a mathematical figure of 8 on its side–a line which has no beginning or end. The last stanza of the poem invites us into this continuous flow:

We shall not cease from exploration
And the end of all our exploring
Will be to arrive where we started
And know the place for the first time.
Through the unknown, remembered gate
When the last of earth left to discover
Is that which was the beginning;
At the source of the longest river
The voice of the hidden waterfall
And the children in the apple-tree
Not known, because not looked for
But heard, half-heard, in the stillness
Between two waves of the sea.
Quick now, here, now, always–
A condition of complete simplicity
(Costing not less than everything)
And all shall be well and
All manner of things shall be well
When the tongues of flame are in-folded
Into the crowned knot of fire
And the fire and the rose are one.

The image is of trees and paths across the lake taken at a different time of day to the recent post Threshold of a new day. Yet the difference is only a few hours…