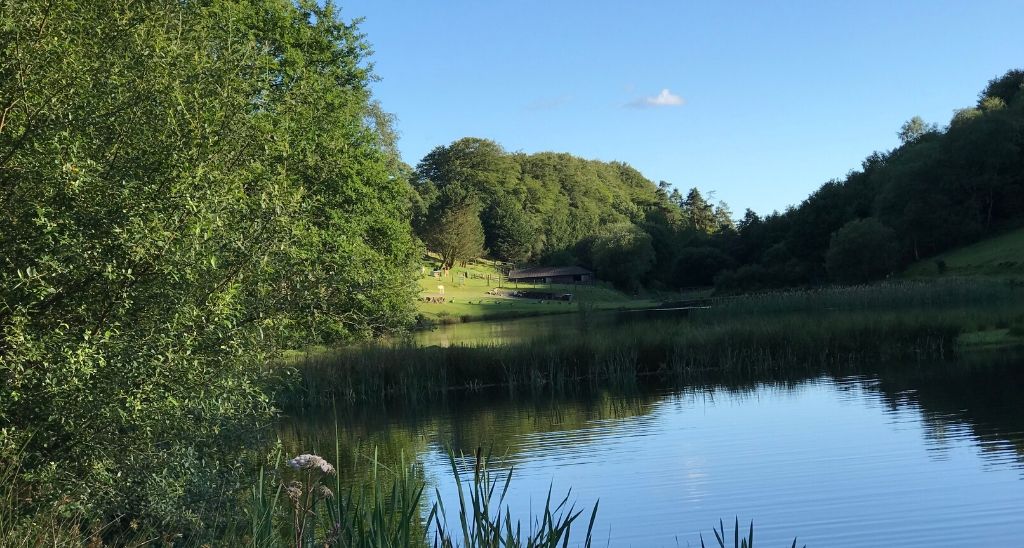 Every day is an ending and beginning.

Yes, that’s right. An ending and then a beginning.

Here’s the thing, we tend to think of it the other way around. As if the beginnings start with us and somehow endings are an afterthought that we would rather put to one side.

This is a very western thing – elsewhere, the night comes first.

This puts an entirely different perspective on our role here.

While we have a part to play, we are not at the centre. We find our beat within a much larger rhythm.

None of us had a hand in being born and living at this time. Yet here we are. And we didn’t start from a place of strength but of vulnerable weakness.

In many ways, we have an honoured ringside seat here in the valley. We didn’t create the land, and much of what is growing here predates us. We are simply the current generation of those accompanying the cycles of life and death that happen here every day, every month, and every year.

We have just seen the last birth of the year in our alpaca herd. Since early June we’ve been waking every day in anticipation of one of the nine arriving. But we could no more hurry the birth than create the alpaca in the first place.

By the way, they are gorgeous – seven girls and two boys all with consecutive Welsh names starting with Angharad.

I’ve been thinking about endings and beginnings this week, not just with the alpaca births, but also because of the conclusion of The Creatives Workshop.

It has been an extraordinary five months from the beginning of February. The creativity, vulnerability and real growth of people walking together have been astonishing, including me.

And one of the biggest surprises was discovering a depth of belonging that I was utterly unprepared for.

As the days this week inched forward, the realisation of just how big this was for me became evident.

What is the nature of the threshold we’re crossing? In thinking about it as endings and beginnings, it makes more sense of the courageous steps we need to take to grow and become the change we want to see.

Because there has to be an ending if we are going to see a new beginning.

Thresholds signal the place where who we have been has run its course, and we need to let go of that phase in our lives.

It also suggests that if we stay, we die, even if initially it feels safe. This is a false sense of security and blinds us to the consequences for us and those around us.

However, it also means that we have enough. Enough to step forward, enough to become the new beginning in our work and lives.

Like waking in the morning after sleep, we are ready for the new day. We are joining something that has already started without us.

So, we need to be intentional. To recognise the endings and honour them appropriately.

Let it go, yet
not without goodbyes.
For endings are
required
before beginnings
can begin.

Honour what
has been –
dark and light.
Name what needs
to be named
without grasping.

Then open your hand
and let it go.
What you need
is within
and beyond
awaits.

Perhaps it’s time for us to get moving.